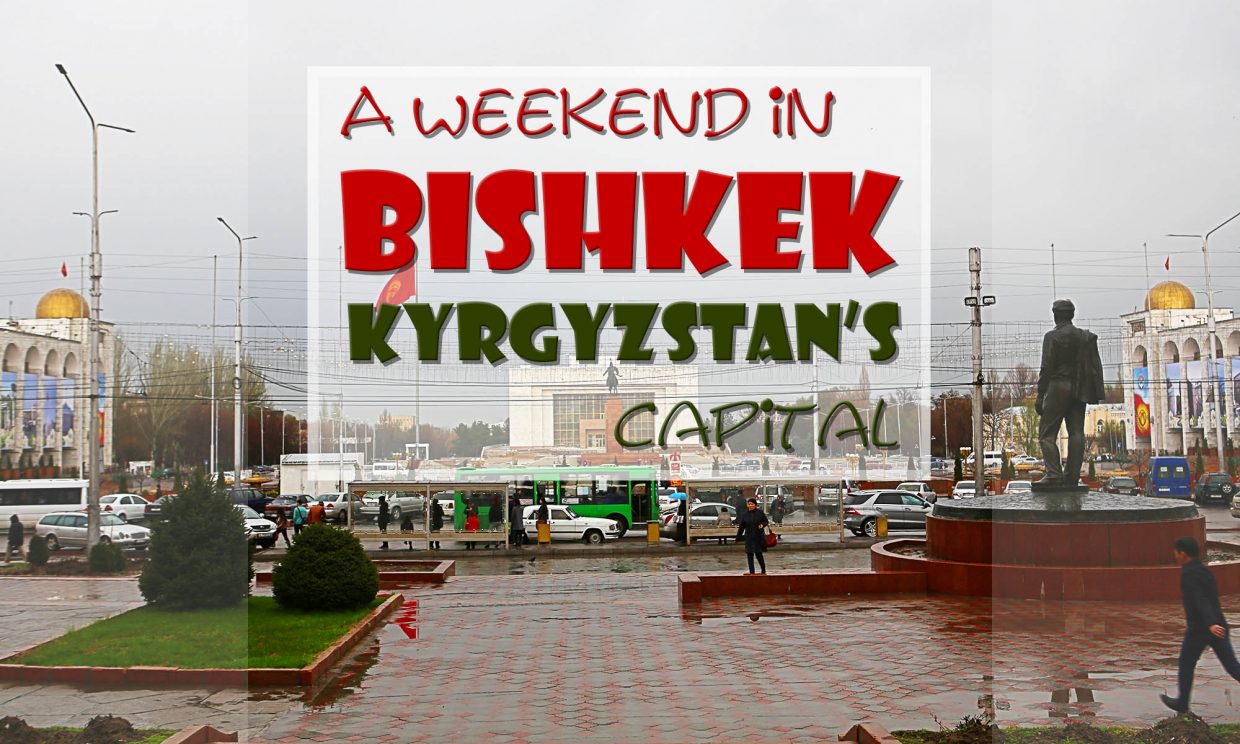 Bishkek for the weekend – Kyrgyzstan 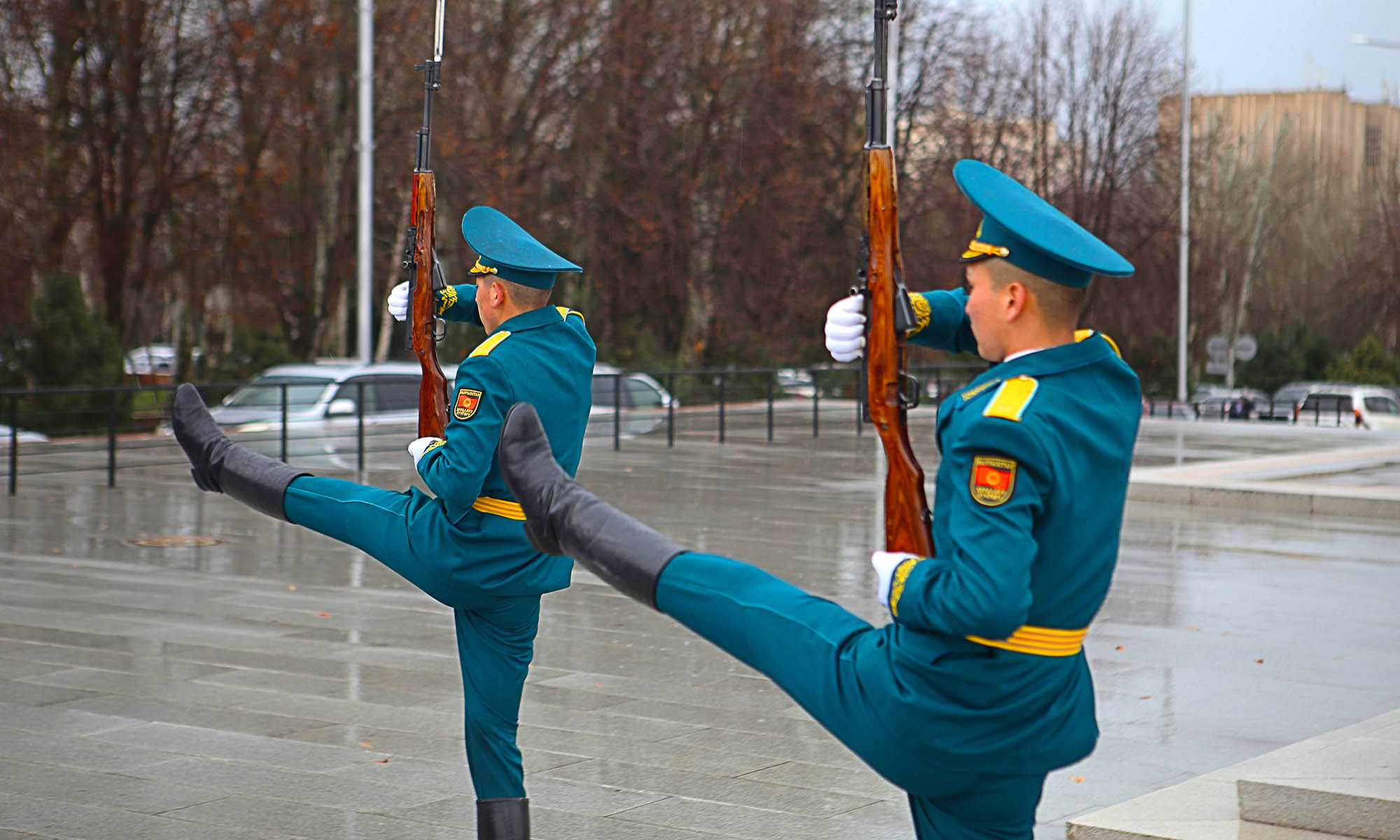 Bishkek is a nice city in central Asia with a relaxed street-feeling. Here you can see one of the worlds biggest bazaars “Dordoy Bazaar” or the charming “Osh Bazaar”. Bishkek is a modern city with a good “street-feeling”, nice friendly people, and a city of wide boulevards and marble-faced public buildings. Bishkek is organized, westerly and, maybe a bit more religious than the neighbor city Almaty, but not dogmatic in any way. 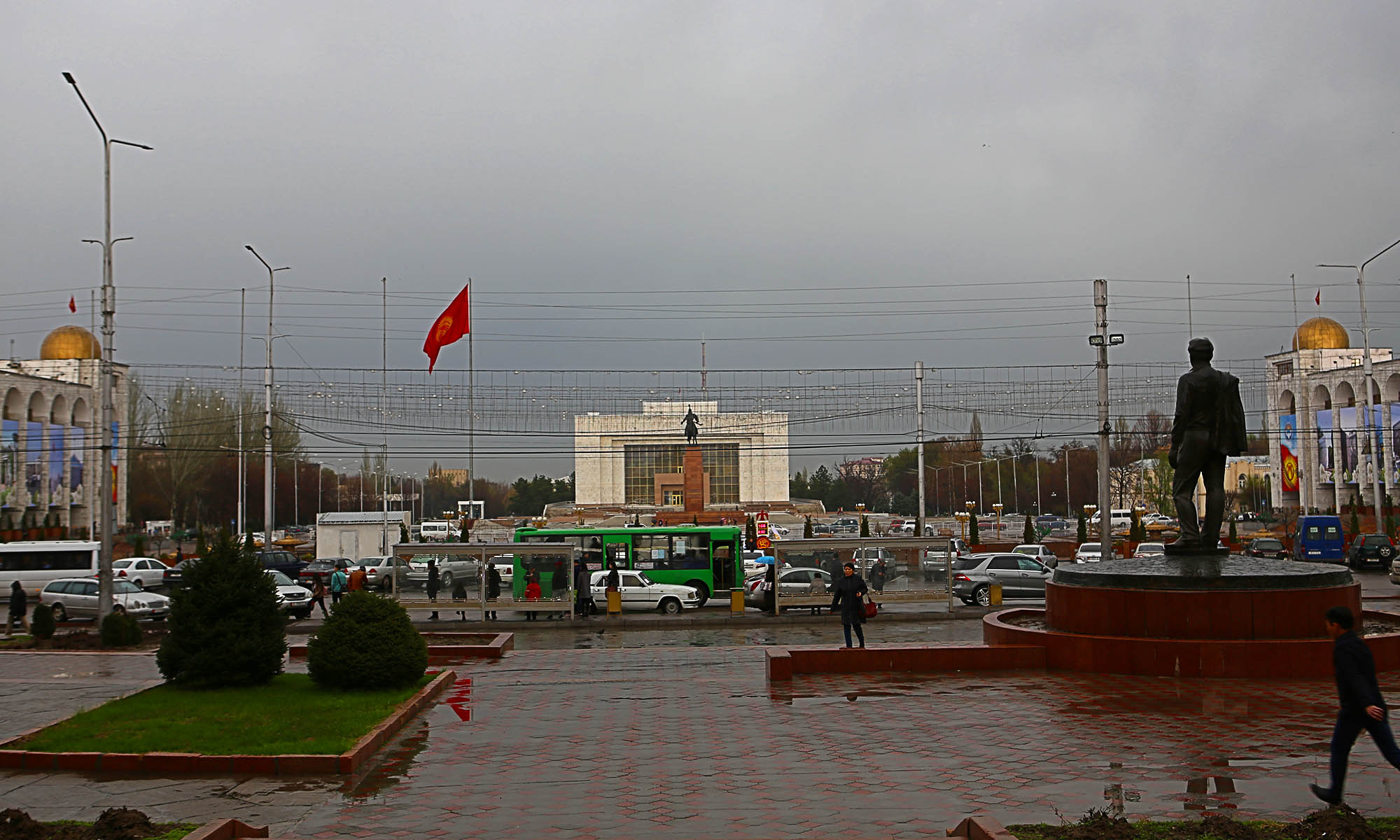 The Russian language is king here, English is not common, you can expect to find the person behind your hotel-desk to speak (some) English. The waitress or the taxi driver does not (English speakers get better-paid jobs elsewhere). Russian menus without pictures are trouble, and this strange local habit where the waitress expects you to order your food in the same second you got the menu in your hand. Even if you don’t read Russian, and you never been to the restaurant before. He or she will not go away before you have ordered your meal!

If your mobile network distributor is as bad as mine, you will not be able to access mobile data here (One month of my Norwegian salary was the prize for 1 gigabyte of data). And it pretty much left me alone with no Google-translate when I really needed it most. Some few times the waitress even called a friend who spoke English so we could do our order to him. If the waitress does not have an English speaking friend improvisation and pantomime can be your best hope. If you’re not afraid of make a fool of your self, make a cow sound or take the chicken dance. It will surely make you waitress both entertained and embarrassed. And if you are lucky? You will get served something related to what you think you order. Tips are included in the bill or not expected here. 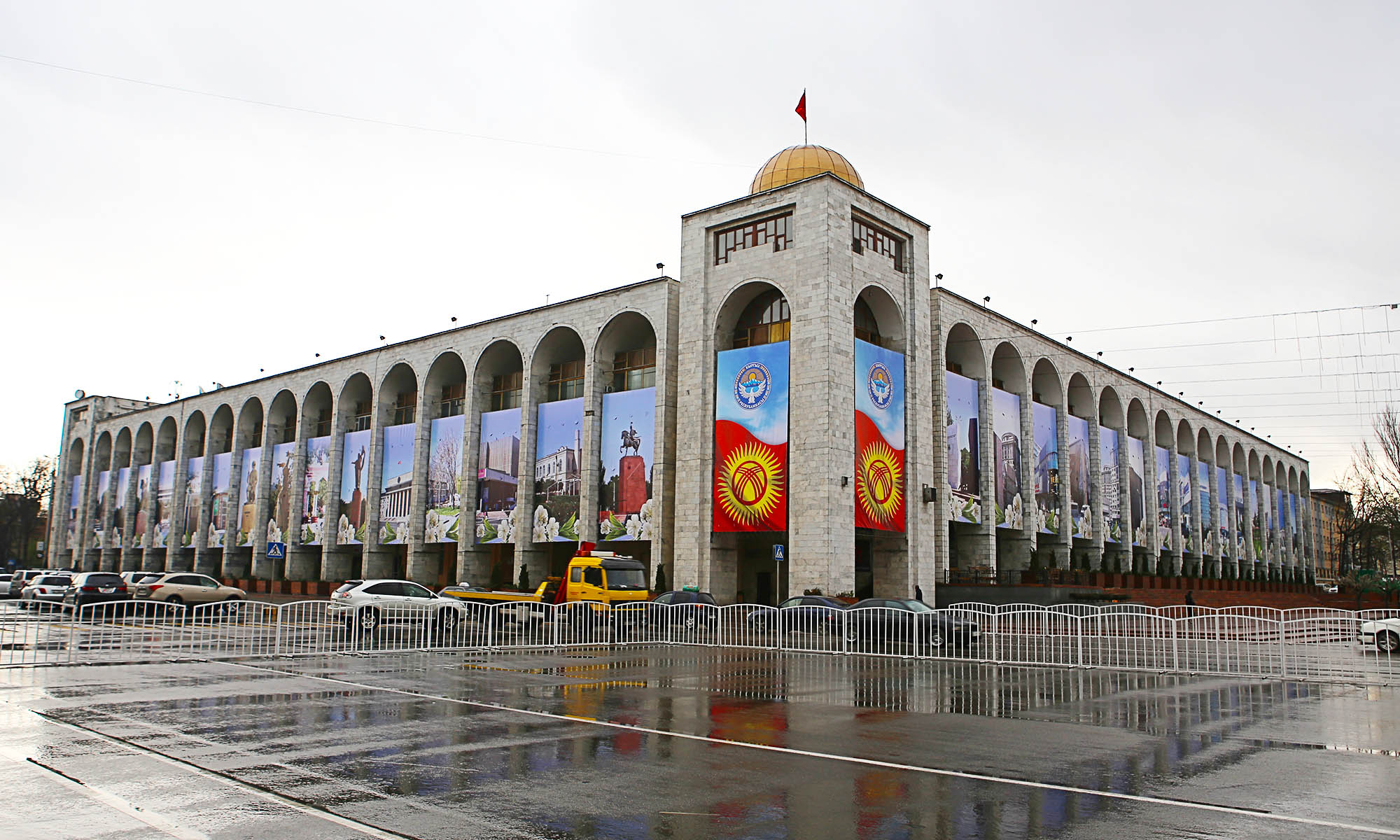 Bishkek (and Kyrgyzstan) is a poorer country than there neighbor Kazakhstan, poverty is more everywhere, and there is a big difference between the rich and the poor. Outside the centrum, you find less asphalt, and in spring the rain makes the street slippery and muddy, walking shoes with a good grip is a must.

Kyrgyzstan is in Central Asia and has only 6’5 million citizens, almost 1 million of them lives in Bishkek. Bishkek is a modern city with bars and restaurants. The architecture of the charming old central buildings is faced with Kyrgyz white marble and made in Soviet spirit.

There are some museums in Bishkek if you have the time they are all worth some hours. 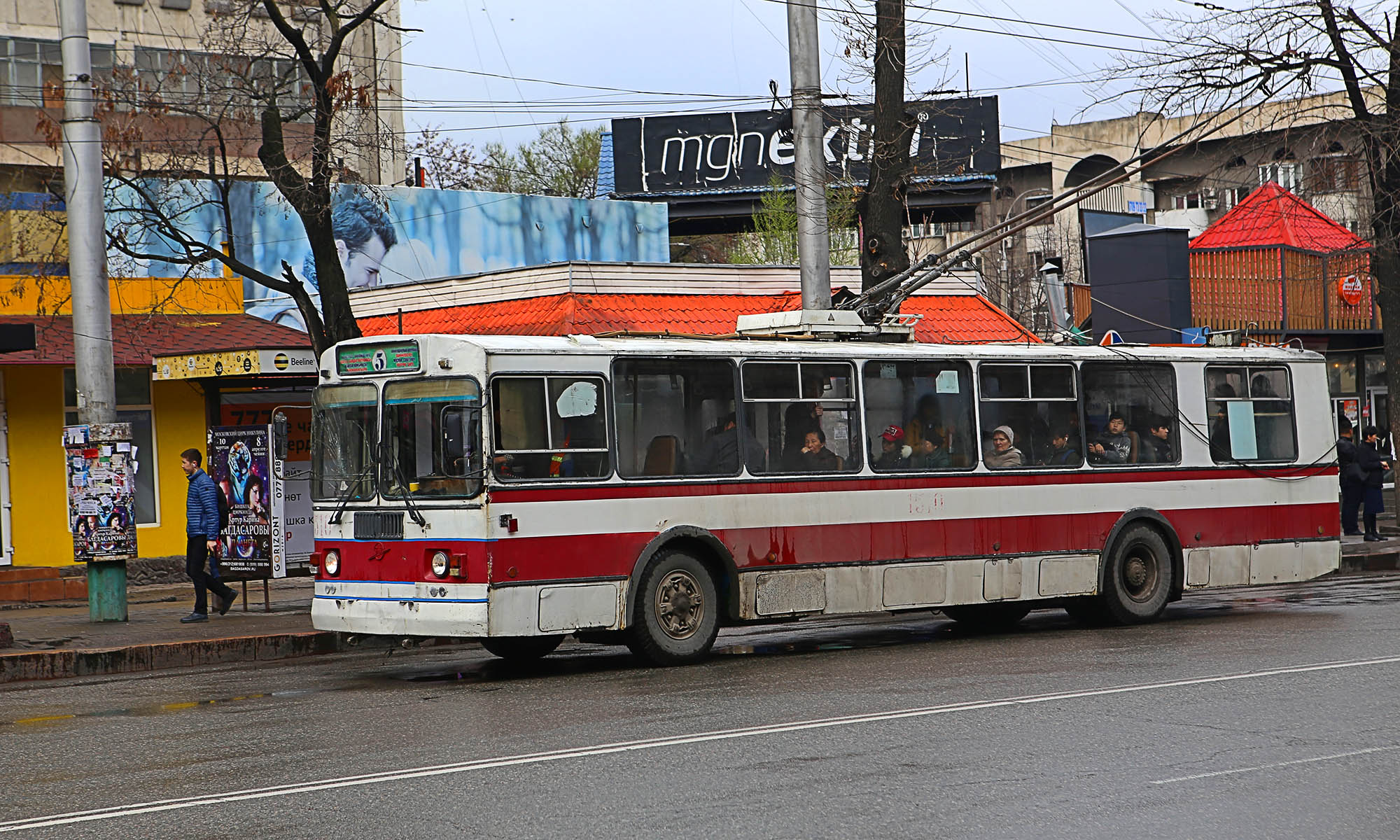 The first time I looked at Bishkek I used Google Street-View, the Google-car must have been driven around taking photos in early spring, there was no color-green here, only brown, no grass, no leaves, the city looked sad and colorless. I had also read that Bishkek was not worth your time; this is nomad people, forced to live in the city by the Russians, right? As a result, the city did not have any vibe or cultural capital, or so I read. The only positive source I come across say Bishkek was as a good base for reaching into the great mountains (as a summer activity).

I was going here in early spring, and this was not promising to read at all. But happily; you should not believe everything you read. Bishkek was a great experience! I did not visit the mountains, I hope to do ones, but first I must come back and finish the city, it got so much more I want to see, and I would gladly use a couple of days doing nothing here as well. it’s a safe city (Shure, take your precautions like you should everywhere). Filled with helpful, nice and polite people (reserved at first. Easy to get in touch with. Hard to make you understood, if you don’t speak Russian. But Kyrgyzien will gladly try). 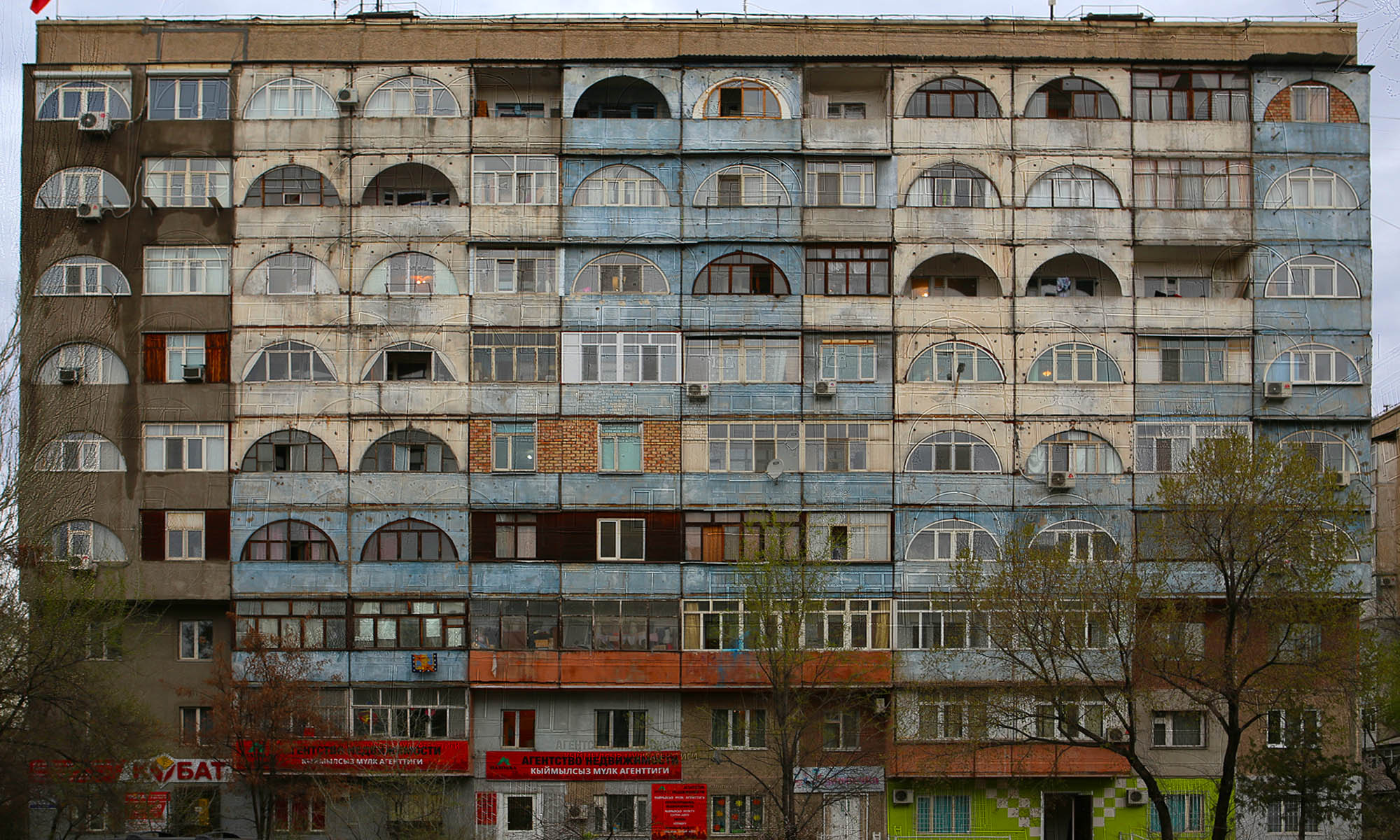 If you like Photography go to one of the Bazaars; here you find an Eldorado of colors, goods, people, faces, compositions, and action. Not a bad place for a barging either, here you find everything you ever think you needed, mostly Chinese-made goods to prizes you will not find back home. I did not find antics and flee markets in my few days here, well some small street-markets selling old Russian medals and stuff.

If you take photos some few people turn away, but its ok; no one gets angry, want money, or going to make any problem for you. There are some few beggars here aiming at the local people. Bishkek has no aggressive sale-culture, I was left alone, people are friendly and reserved. You find the rest of the Russian non-service-attitude here (and its suite me!). Shopping is really cheap.

Dordoy Bazaar (also named Dordoi Bazaar) is a large wholesale and retail market in Bishkek, Kyrgyzstan. Wikipedia says its “One of Asia’s greatest public marketplaces, comparable to Bangkok’s Chatuchak weekend market or Tehran’s Grand Bazaar”. In facts its one of the 10 largest bazaars in the world. Its open year around. It has been described by a Western journalist as “a modern monument to the power of raw commerce”. It is also one of the main entry points through which consumer goods from China arrive at shops and markets in Kazakhstan, Russia, and Uzbekistan. With other words; you have to take a look if you can! And no; you can not see everything here in just one day.

Osh Bazaar – close to the city-center in downtown, the goods are mostly for locals; food and all kind of everyday stuff. This is the number one Bazaar for photography, I could walk around here in Osh Bazaar for days with my camera. You can surely feel the vibe of trade here, like a breeze from the Silk-Road, Kyrgyzstan is, after all, a crossroad for trading and been so for thousands of years. Buy yourself a “Lepeshka”, the round-shaped bread that’s traditional for the people of Sentral Asia. The meat-marked here, on the other hand, was a disappointment as a photo motive. Small and with the low ceiling and no ventilation makes the dead-animal smell intense (if you can go to the Green-marked in Almaty, Kazakhstan, the meat-market there is a photo Eldorado!).

After this, and if you are still not done for the day, visit the Oak park in the centrum of Bishkek. 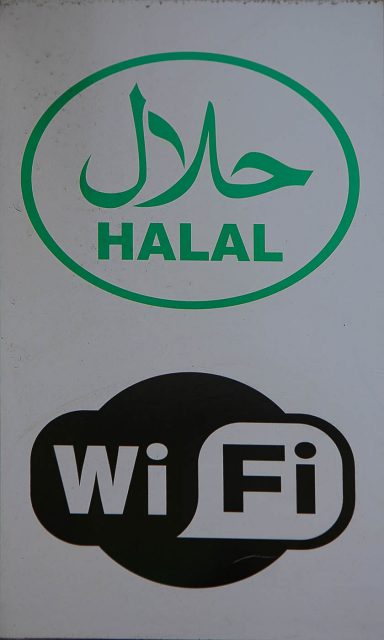 Halal and WIFI – As the sign say. In this restaurant, you get free WIFI, but no alcohol. It’s not difficult to find a restaurant with a beer in Bishkek, and even alcohol advertisement are common in the street.

Travel from Bishkek to Almaty is easy, taxi is cheap, but it won’t be easy to stop one on the street and make him drive you. If passing the border the taxi driver needs a lot of papers, and most driver will not go. Ask the hotel to organize it for you a day up front, or go to the bus station; 12 seat busses go every hour, they won’t drive before the bus is full so find your seat, it will fill up fast. The trip takes 4 hours. Passing the border is no trouble at all, just take your things from the taxi and follow the stream. Remember the license plate of your bus so you get into the right bus again on the other side of the border. When I went through the passport control I saw three old ladies putting some paper-money in their passport. The officer had an almost invisible hand-movement to collect them again, while he seemed to be buzzy with something else. As a tourist, I did not add any money, and it did not seem to be expected either, I got my stamp and was out in no-time.

If you’re tired of the city and need some air here are 6 must-see advice:

Outside Bishkek (organized as most important to see first): 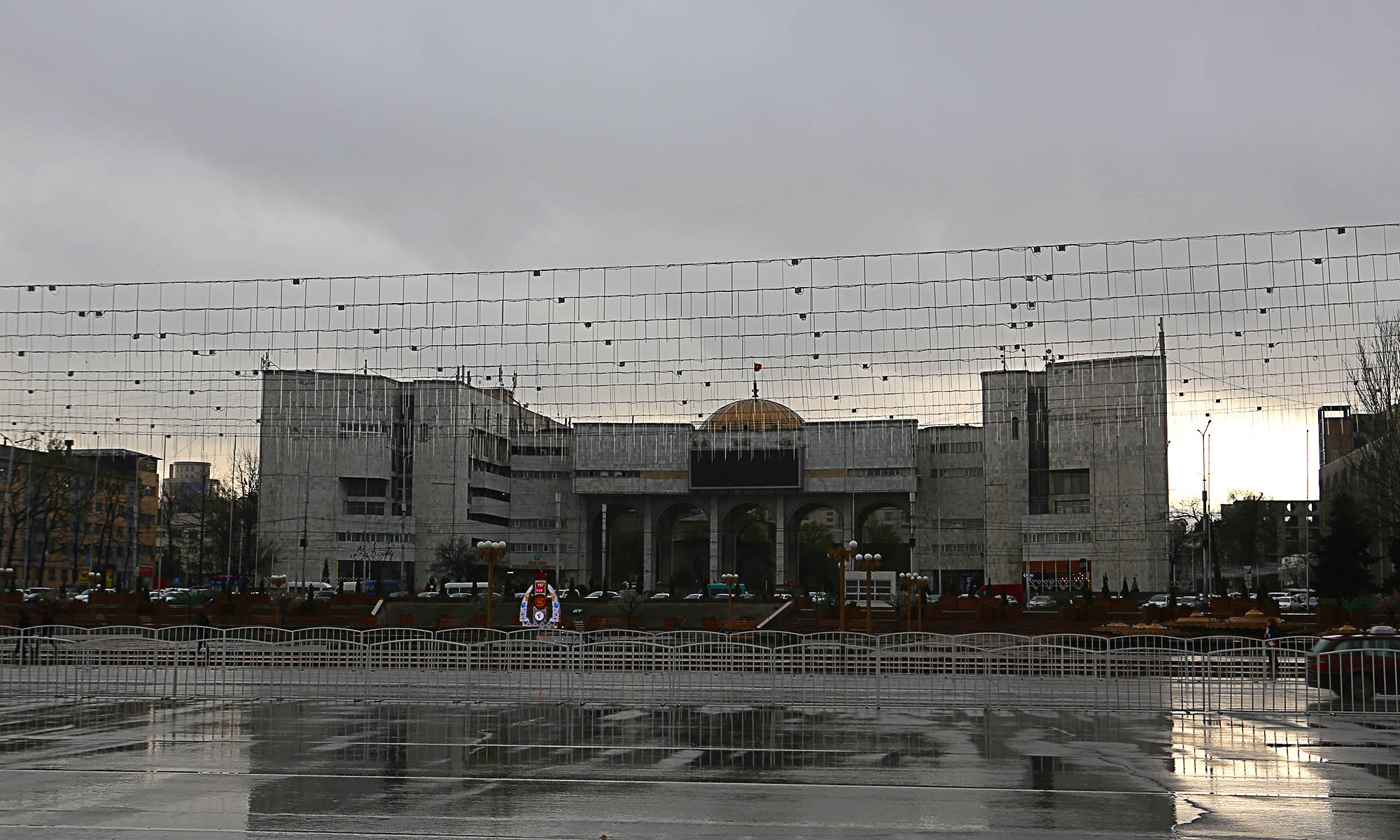 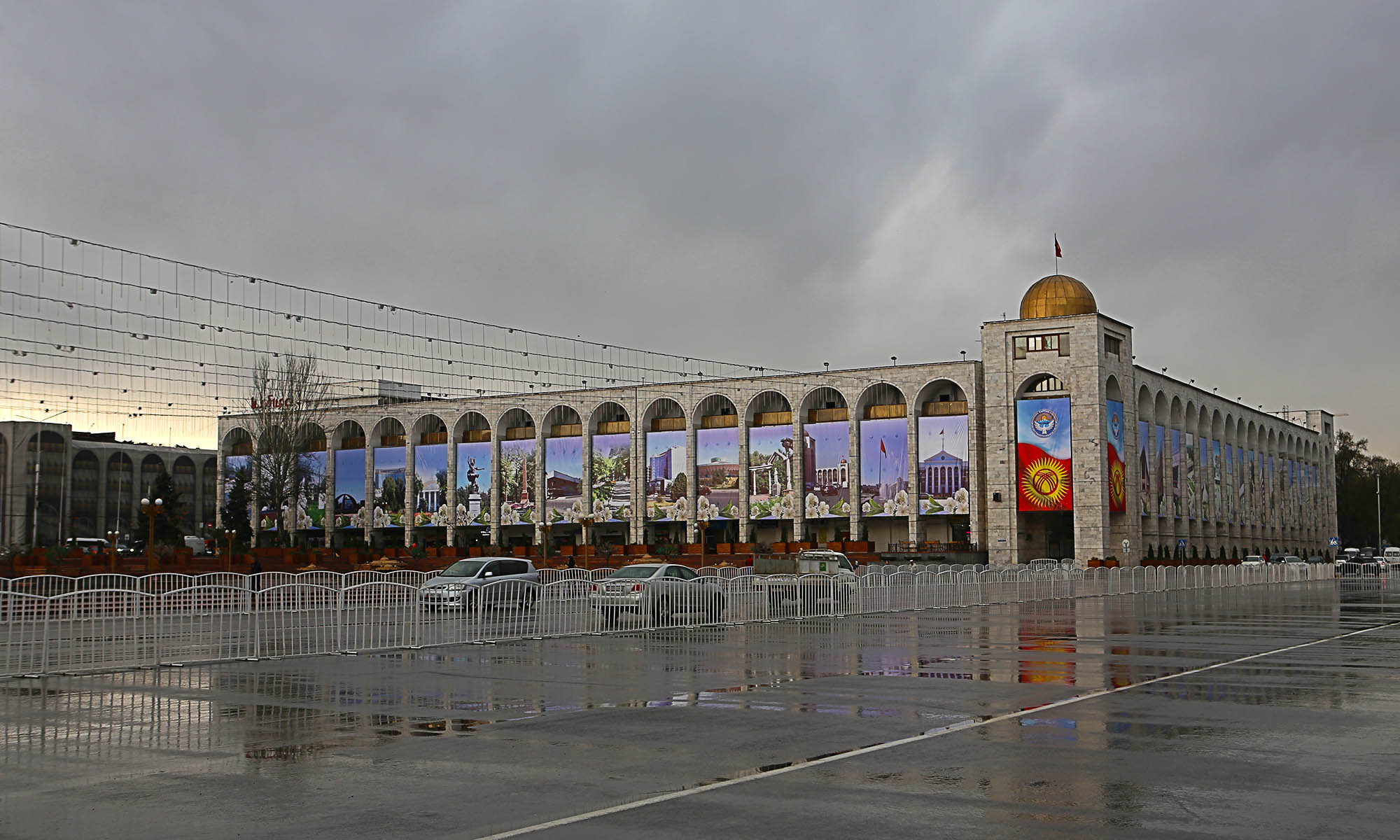 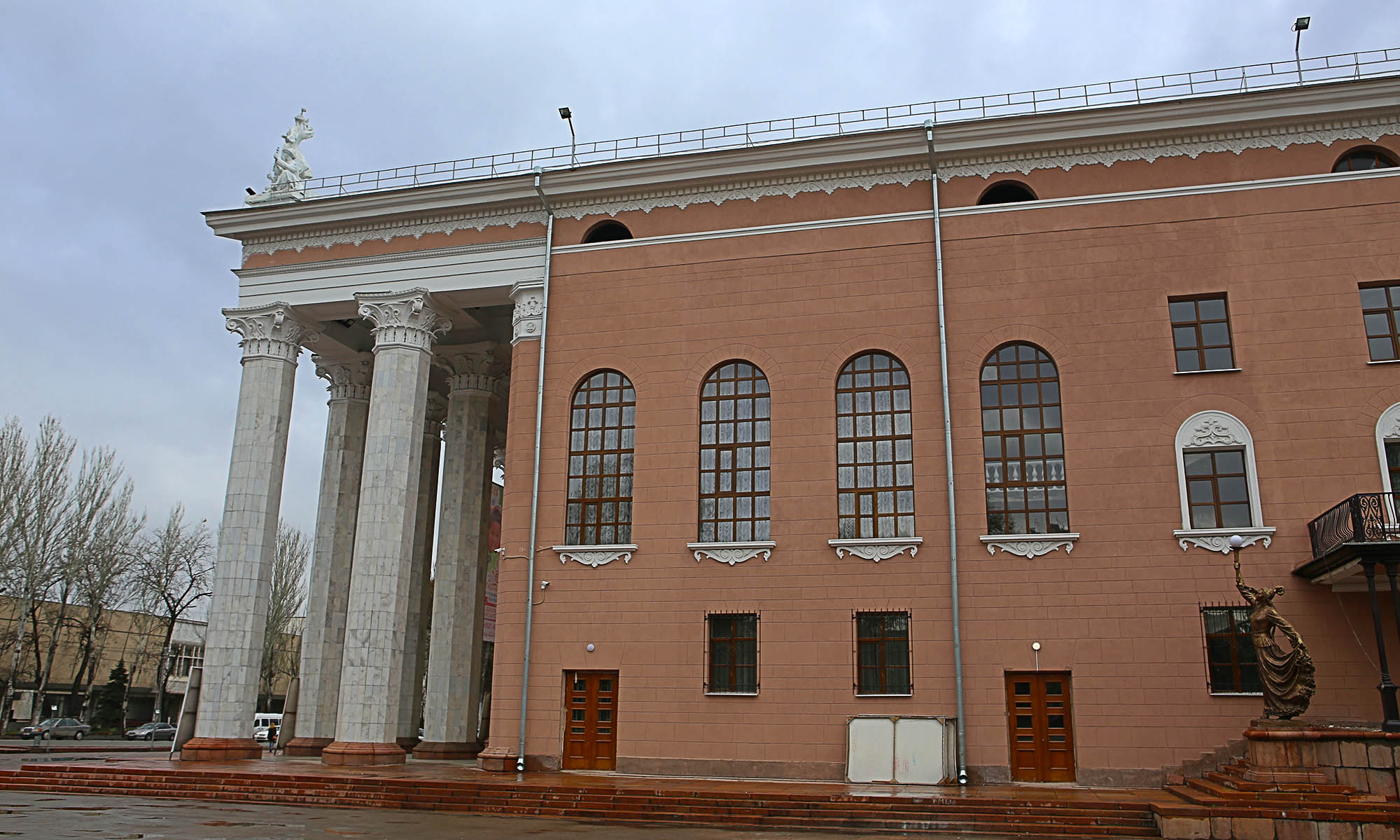 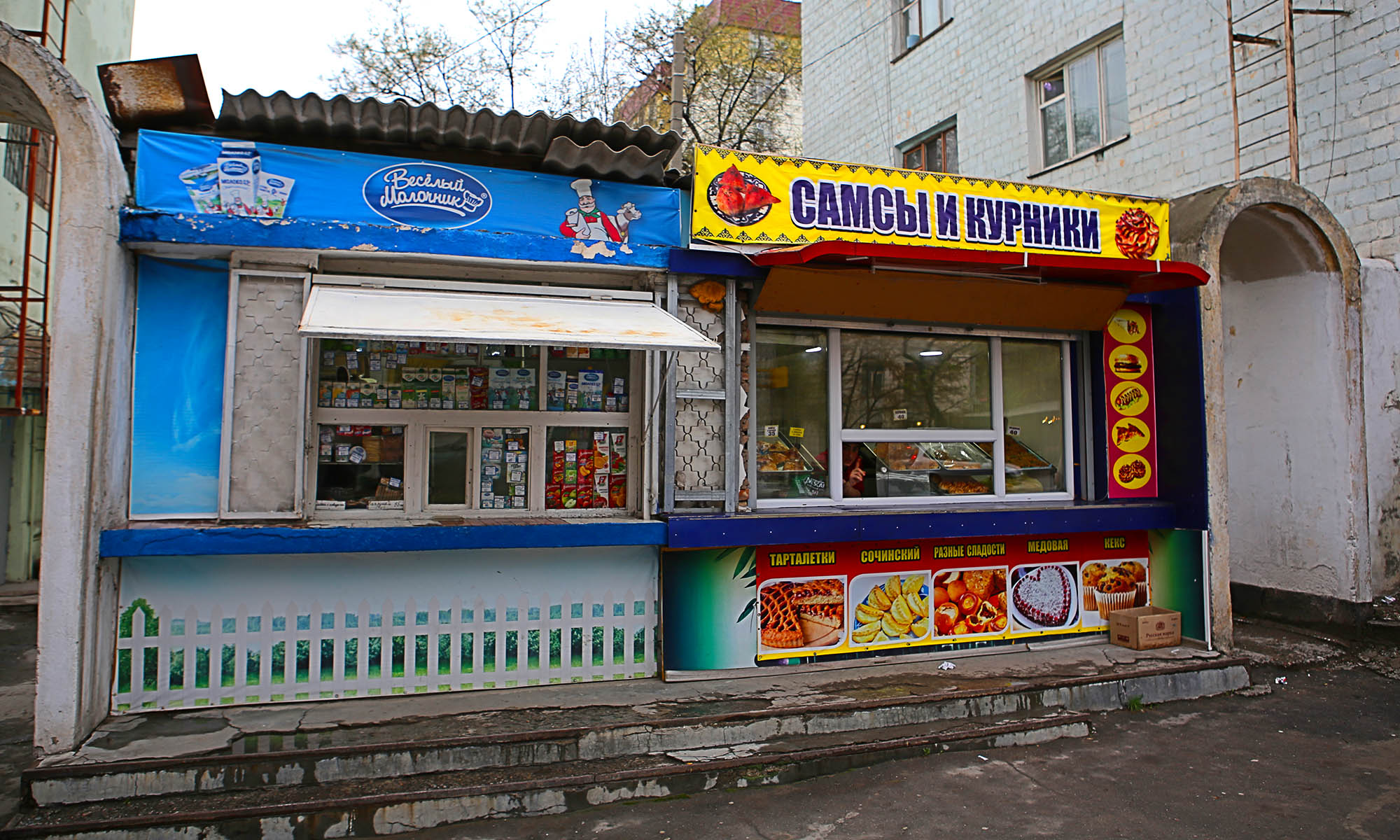 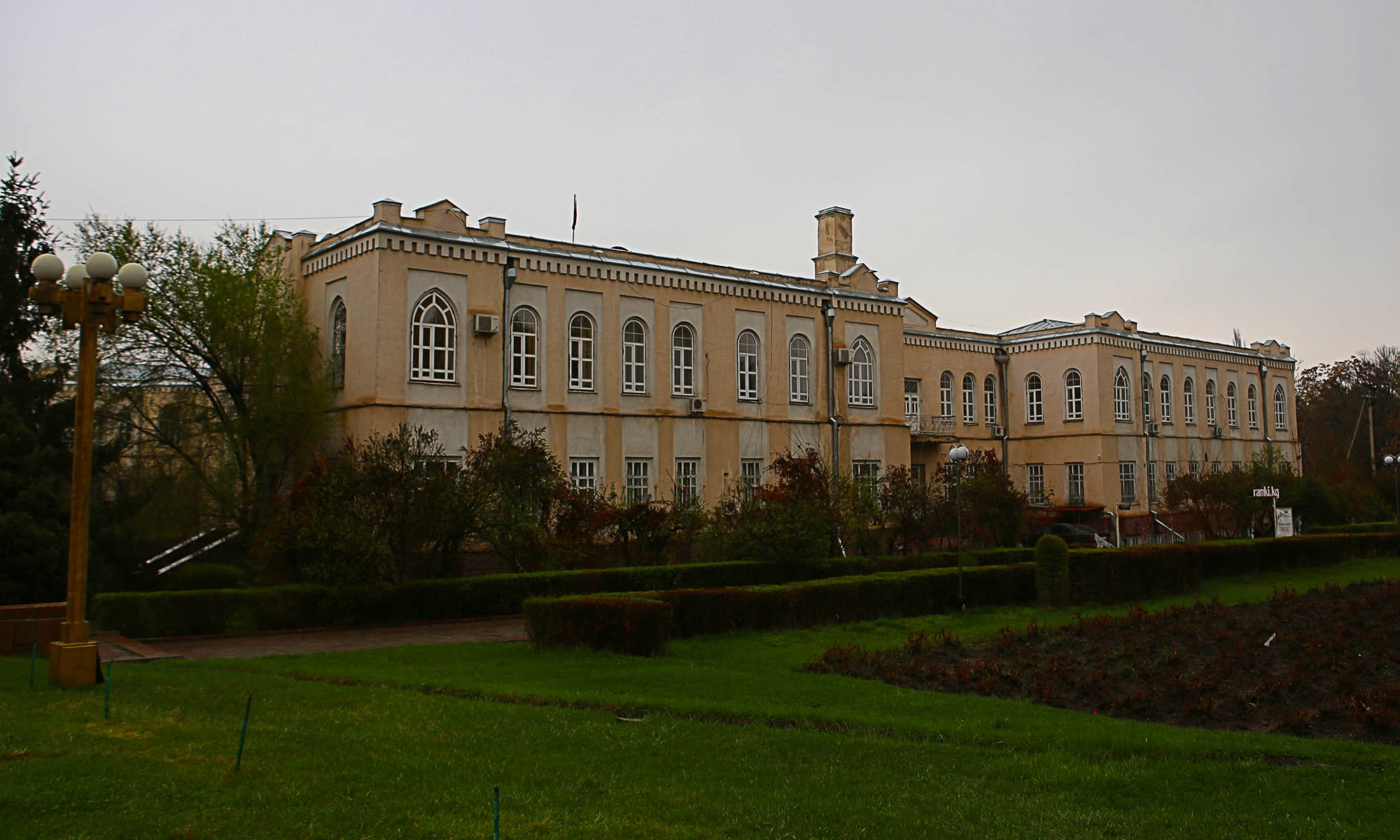 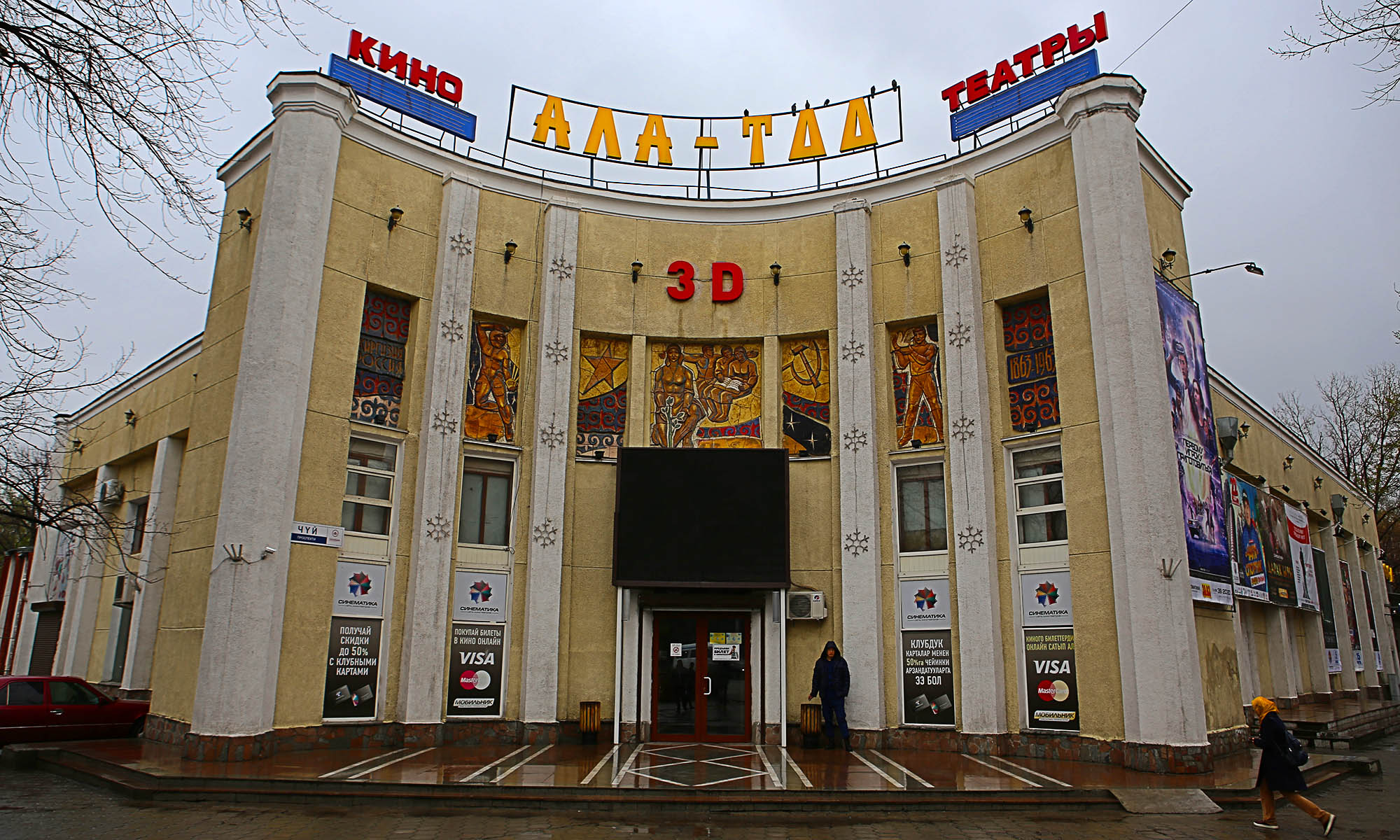 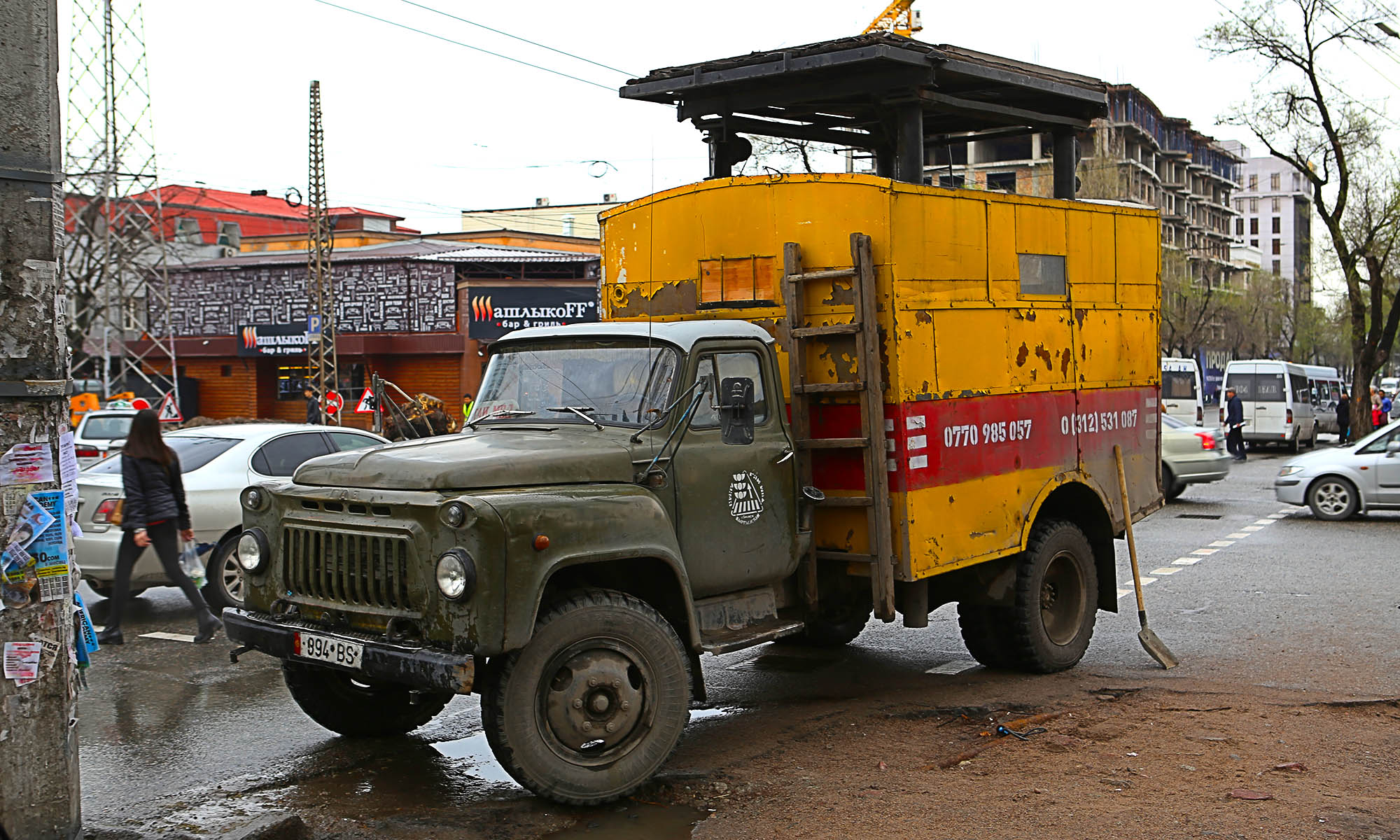 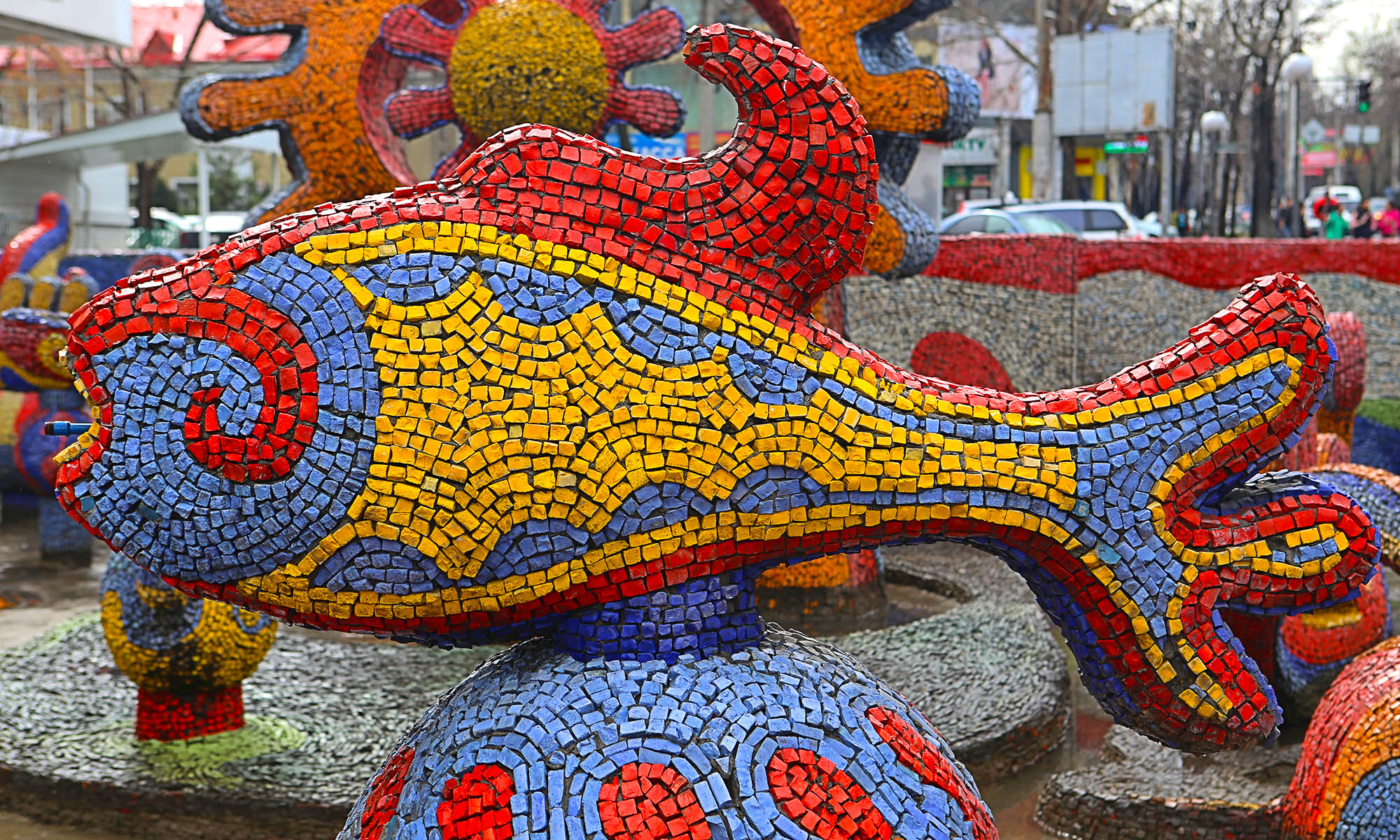 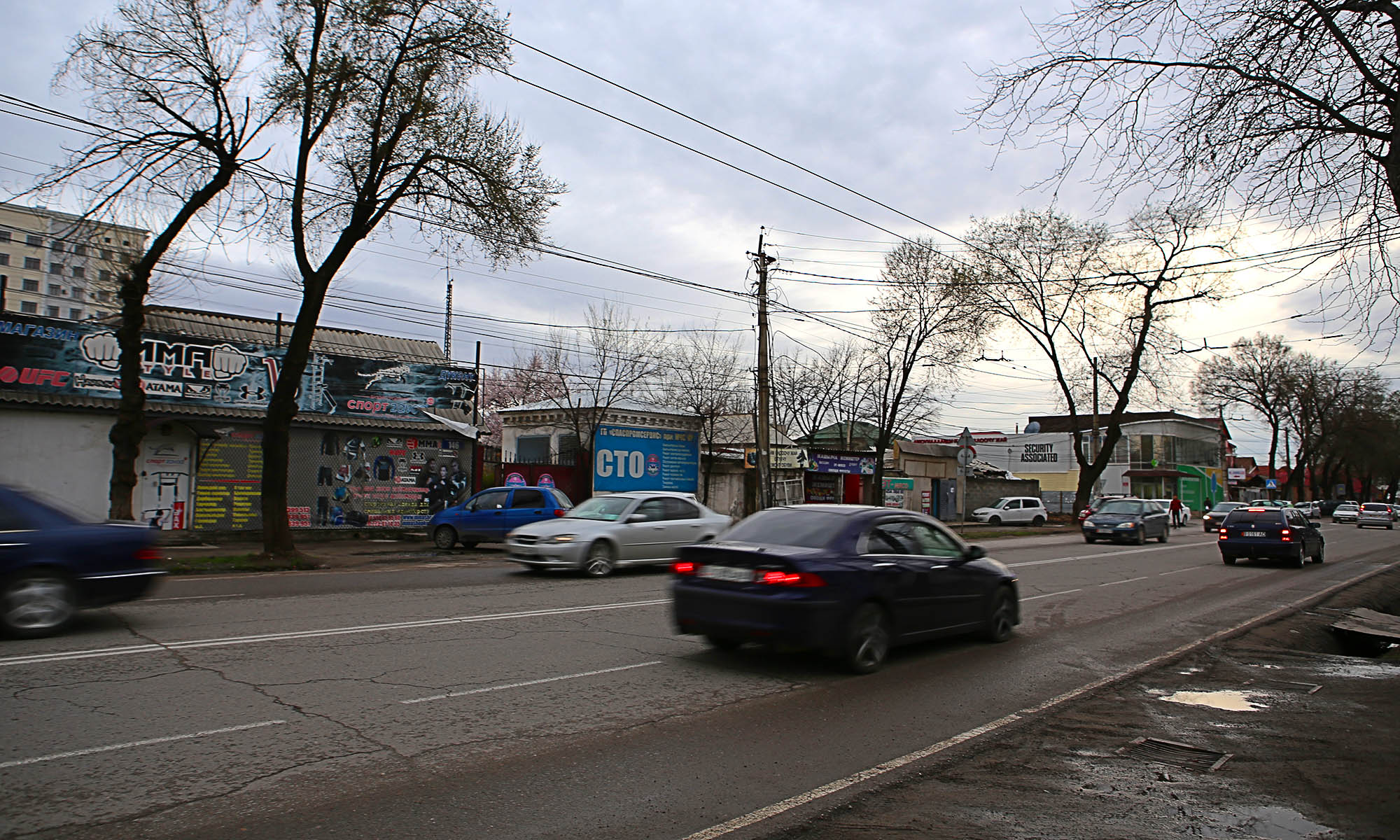 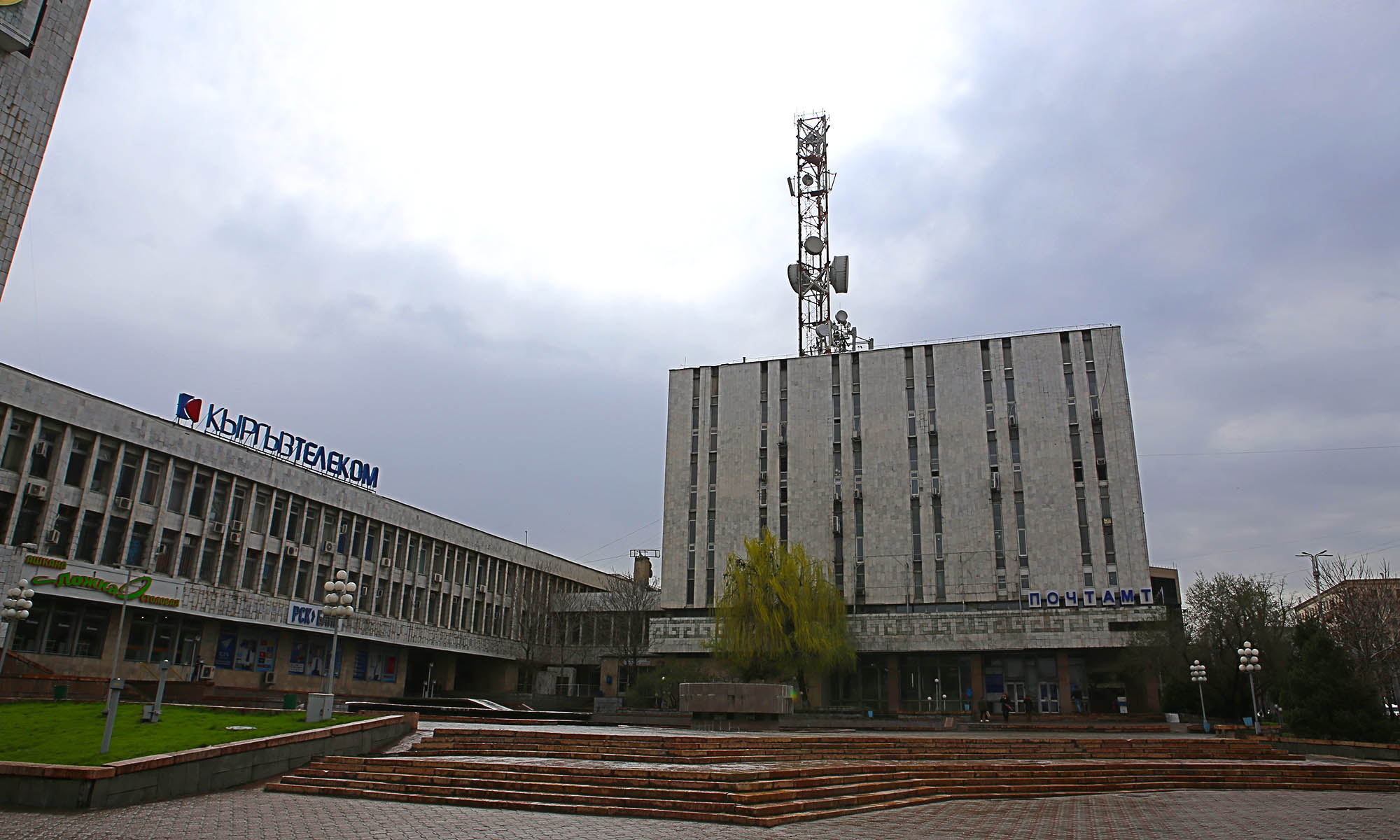 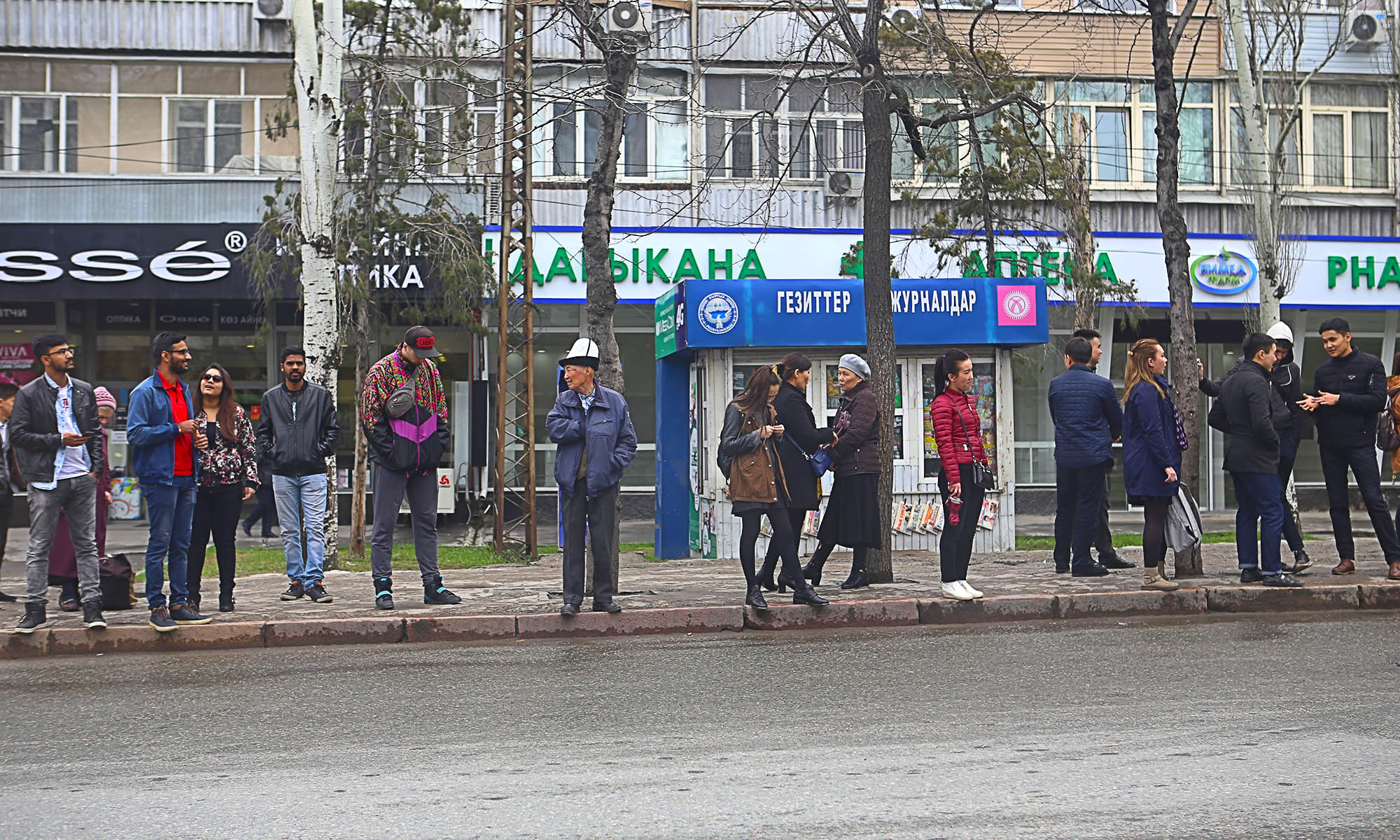 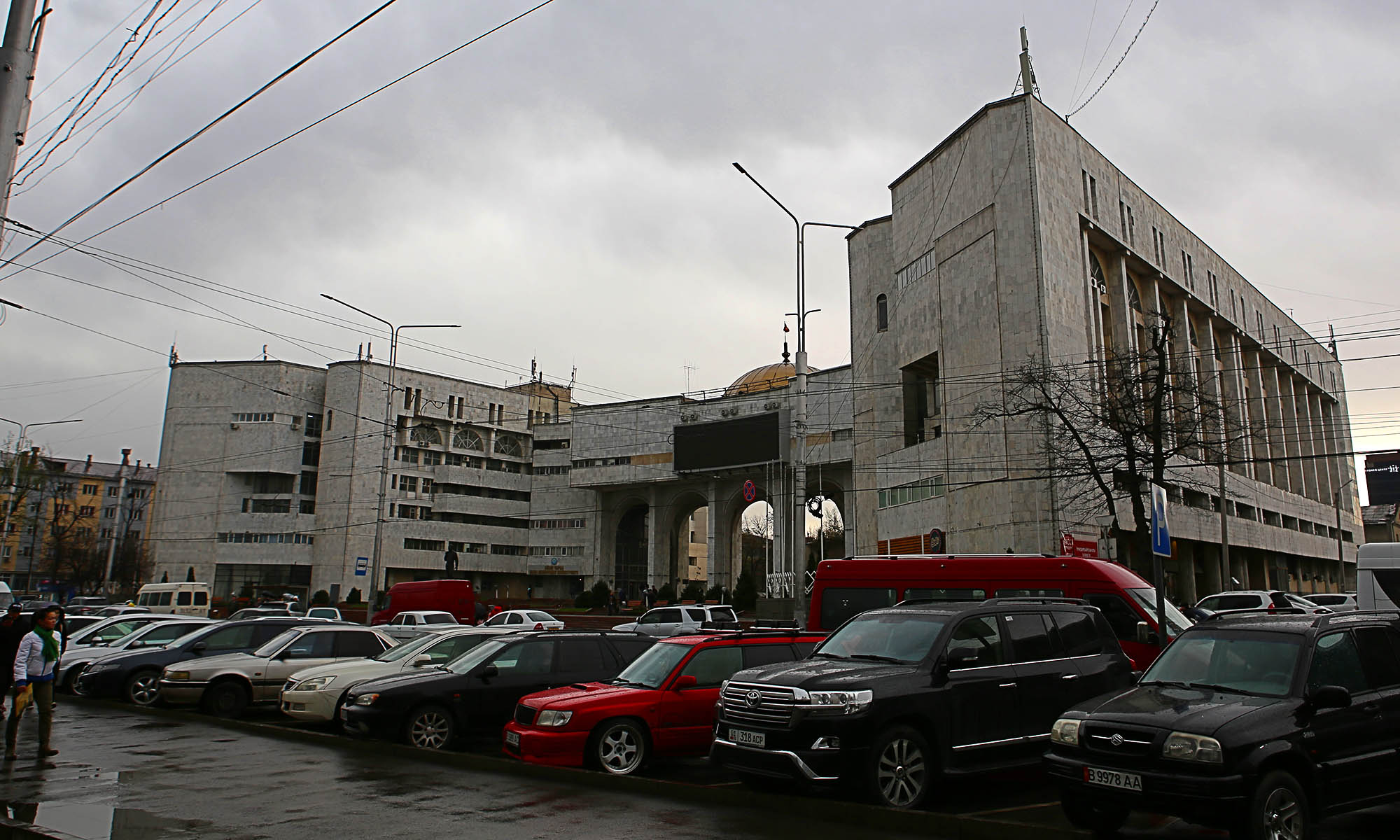 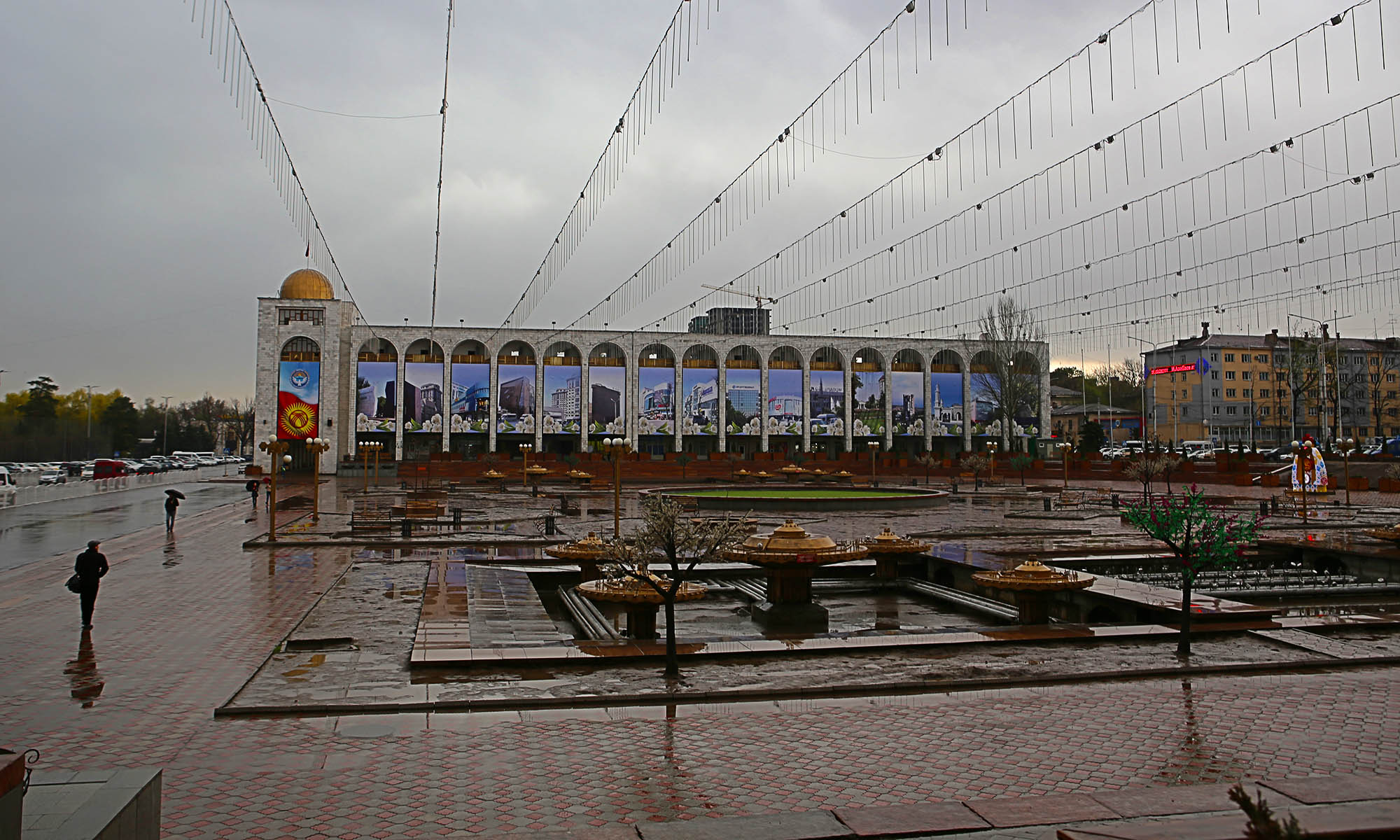 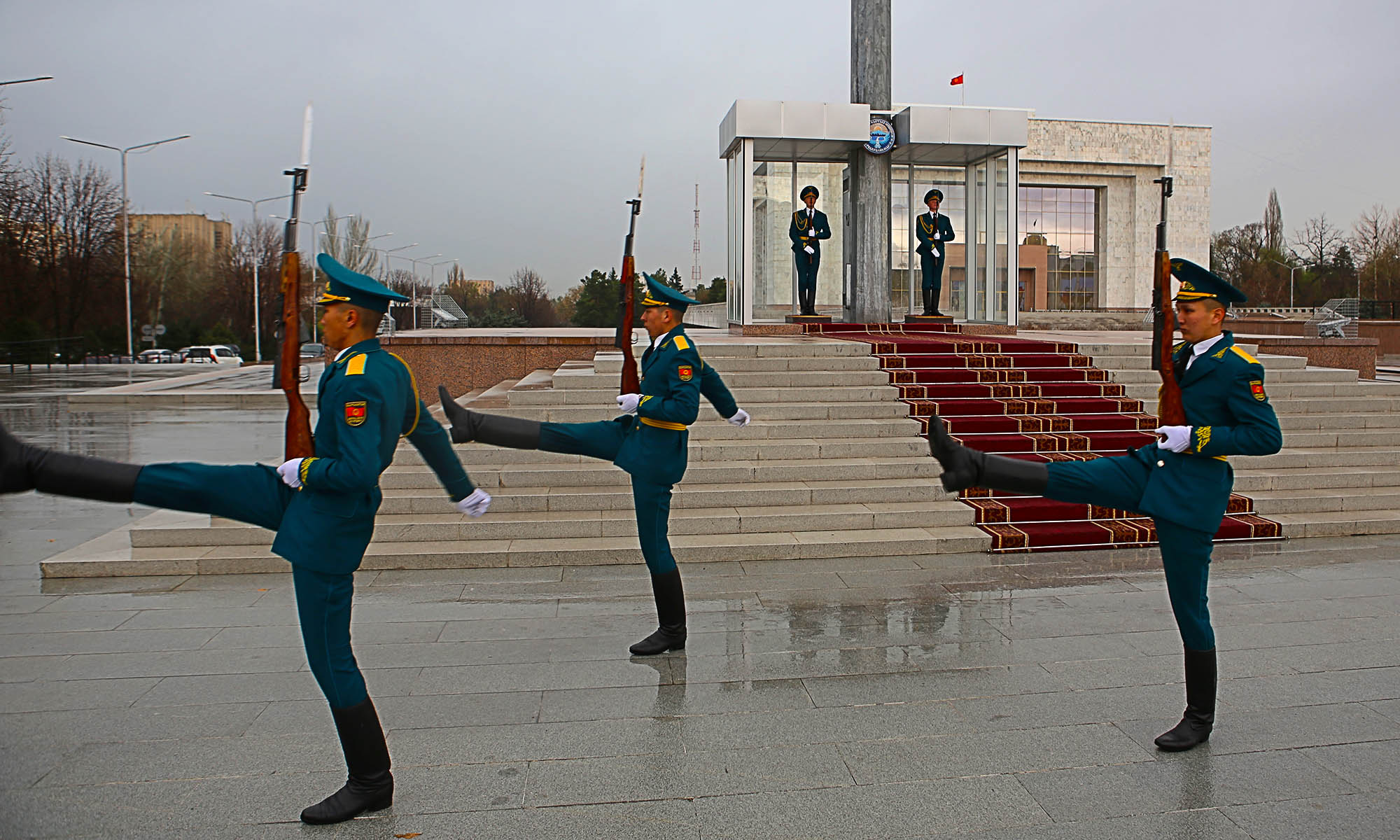 Bishkek is the capital and most populated city in Kyrgyzstan. Its population (counted in 2015) estimated 937,400 people.

By the way, did you know Bishkek was named “Frunze” in the Soviet period?

Bishkek Climate is sunny with little rain, it is hot in the summer (40 degrees), that’s why the nomads go up in the mountain in the summer or to lake Issyk Kul. Winter is cold here, a night at – 20 and days -10 degrees is not uncommon.

Some travel blogs I liked to read before going to Bishkek and Kyrgyzstan: